Rapper Flesh-n-Bone‘s teenage daughter has been reported missing by her family, TMZ has learned.

According to the San Bernardino County Sheriff, 15-year-old Monica Howse was last seen 7 days ago after being dropped off for work at the Taco Bell in Big Bear Lake.

According to the Sheriff, Monica did not return home after her shift and was reported missing.

Police believe Monica is in the company of a 23-year-old Hispanic male named Alberto Silva Sanchez (pictured below with Monica). Sanchez is reported to be driving a 1997 black Ford F150 with Kansas plates. His relationship with Monica is unclear.

Anyone with information about Monica’s whereabouts is asked to contact the Detective’s Bureau of the Big Bear Sheriff’s Station at (909) 866-0100.

Mr. Bone tells TMZ, “We hope and pray for the safe return of our daughter. We ask anyone with information on her whereabouts to please contact the authorities.”

L-mac posted in the BTNH Affiliates forum that Flesh-N-Bone will be performing live tonight at the Aladdin Jr 2 in Pomona, CA. Special guests include Flesh-N-Bone Global, Big Sloan, D-Rado, and L-mac.

As a bonus, Flesh will world premiere the “How Many” music video. 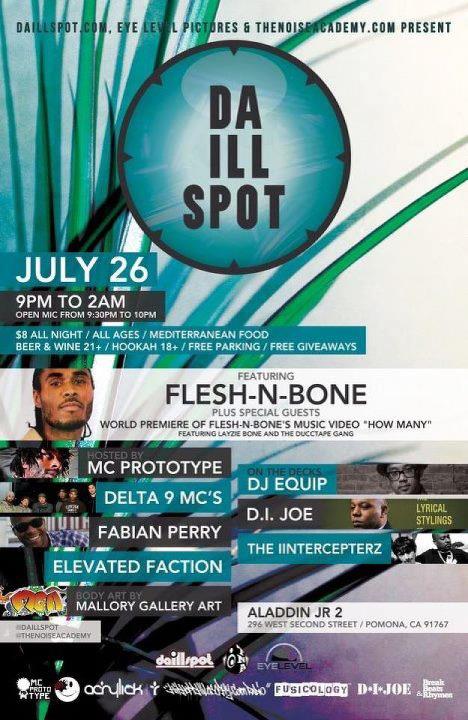