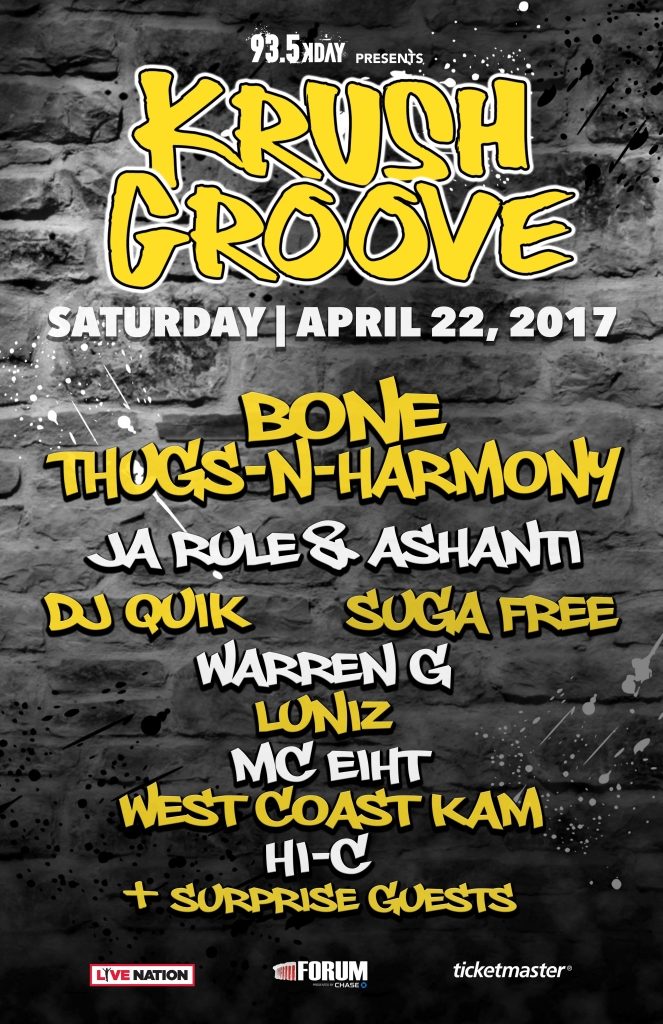 Los Angeles Old School Hip-Hop and Rap radio station 93.5 KDAY-FM has announced the lineup for this year’s Krush Groove, and Bone Thugs-N-Harmony will once again be on the stage at the World Famous Forum in Inglewood, CA on April 22, 2017. Tickets will go on sale next week, starting with a pre-sale code to KDAYNATION members beginning next Wednesday, February 22, 2017.

Bone Thugs-N-Harmony will be performing at Krush Groove, presented by 93.5 KDAY-FM Los Angeles at The Forum in Inglewood, CA on April 18. All 5 members are expected to appear to celebrate the 20th anniversary of E. 1999 Eternal. Check the flyer for ticket information.

The Krush Groove showcase takes its name from the iconic 1985 movie about the early days of hip-hop. The fifth annual event, started by Los Angeles radio station 93.5 KDAY, announced an April 18 date at the Save Mart Center.

This will be a celebration of old-school rap and hip-hop, with some of heaviest hitters of the ’90s, including Bone Thugs-N-Harmony, Redman and Method Man, DJ Quik, Too $hort, Daz and WC, Tha Eastsidaz, Jayo Felony and 2 II None.

Bone Thugs-N-Harmony‘s combination of rapid-fire rhymes and smooth harmonies earned the group a Grammy and helped them sell more than 50 million records. The Cleveland, Ohio five-piece are no strangers to Fresno. The group was part of the similarly themed West Coast Fest last summer and lobbied to have the tour kick-off in Fresno.

Once again, Bone Thugs-N-Harmony will be performing live at 93.5 KDAY’s Krush Groove, at the newly remodeled Forum in Inglewood, CA on April 19, 2014. Also performing are Redman and Method Man, DJ Quik, Daz & WC, 2nd II None, Tha Eastsidaz, Too $hort, Lady of Rage, and more special guests that have yet to be announced.

Check 935kday.com for pre-sale code to get your tickets before the general public.

With a sold out show April 20th, a second show has been added for Krush Groove 2013, presented by 93.5 KDAY-FM Los Angeles. Tickets are now on sale for April 19 at the Gibson Amphitheatre at the Universal CityWalk in Universal City, CA. You can purchase tickets at LiveNation.com: http://concerts.livenation.com/event/09004A61CE138AC8?dma_id=324 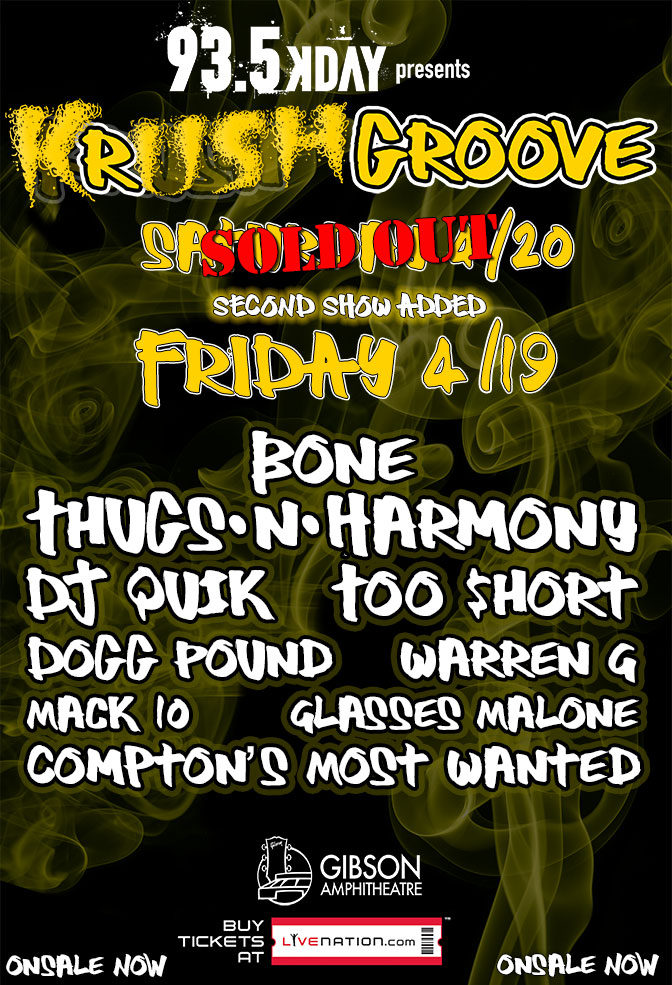 93.5 KDAY-FM Los Angeles has announced their line up for this year’s Krush Groove, featuring Bone Thugs-N-Harmony.

Many will remember Krush Groove 2010 featured all 5 members of Bone Thugs-N-Harmony as well.

Tickets go on sale February 28 for KDAY NATION subscribers, and to the general public March 1. 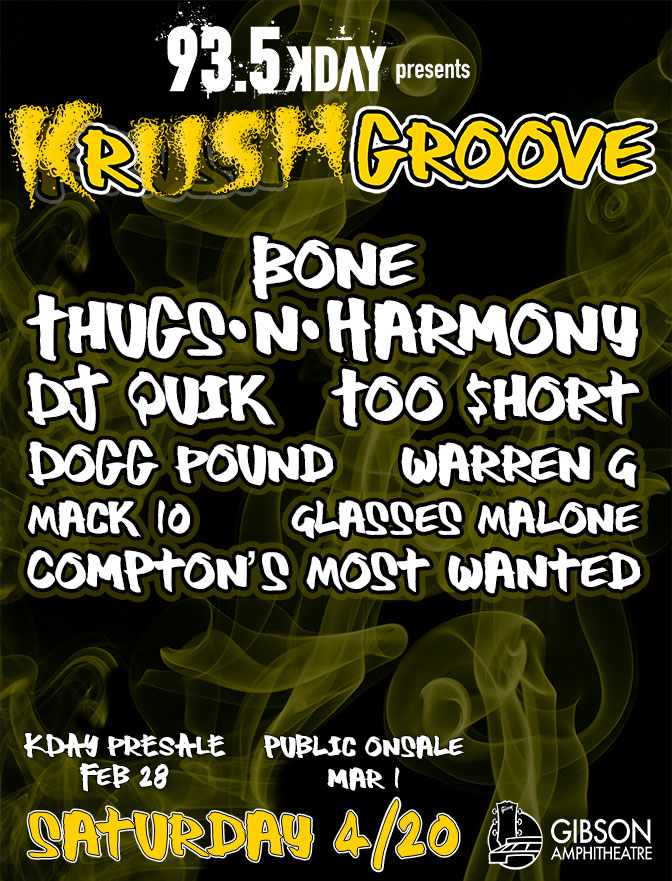